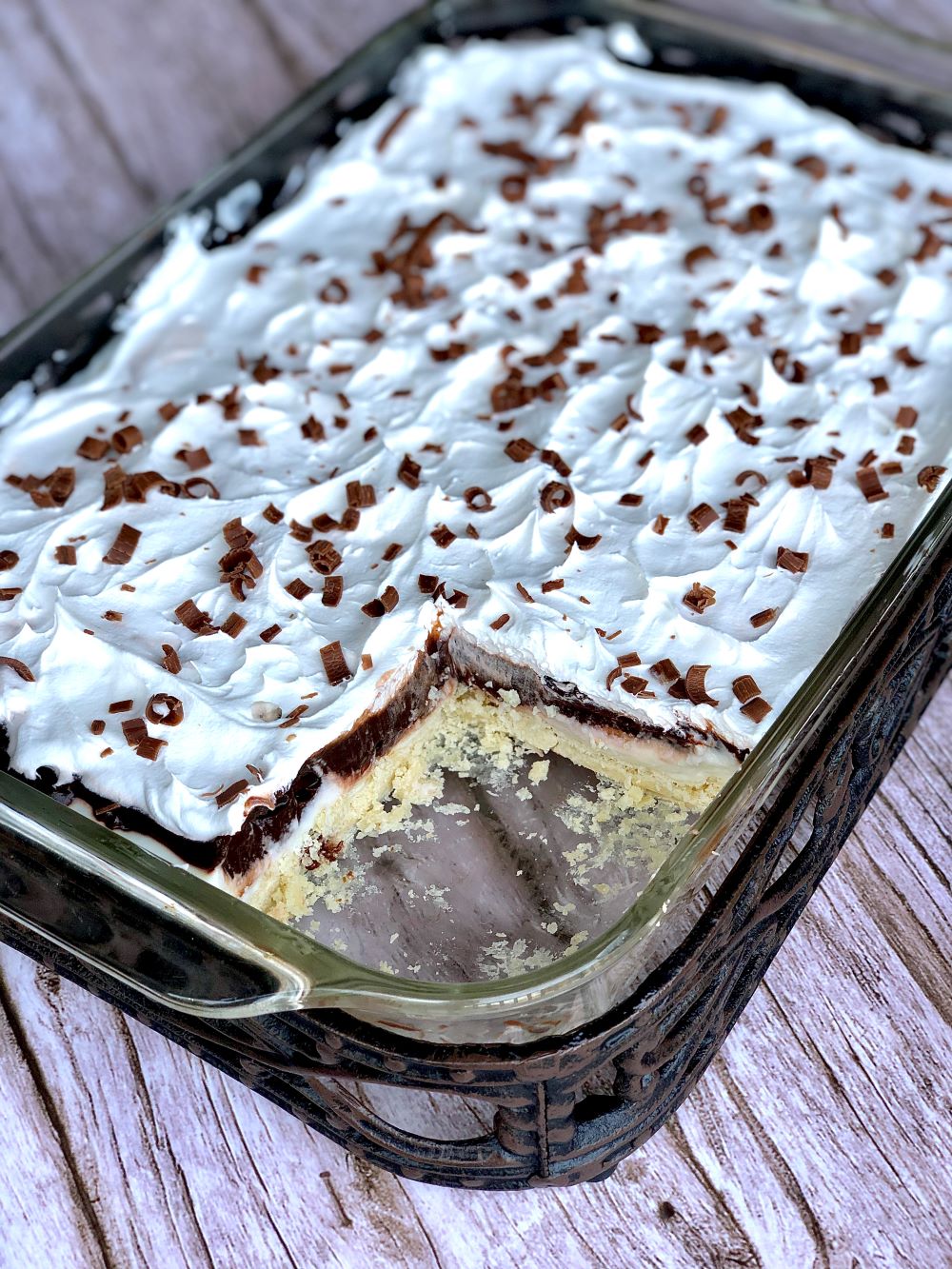 Chocolate Heavenly Dessert is a classic made with buttery crust, sweetened cream cheese, chocolate pudding, and fluffy cool whip topping. The name describes it all!

Sign up for recipe updates and my FREE tips on Meal Planning!
Jump to Recipe

I have been enjoying this dreamy dessert since the 1970’s. Back when church potlucks were popular, my mom would often make a big pan of heavenly dessert; sometimes pistachio and sometimes chocolate, either one, they were always a hit.

This simple dessert is perfect for any occasion or holiday, but I particularly love it in the summer because it’s cool and light. Now when I say “light” I’m not selling this as a healthy dessert because it’s not. It is a slice of heaven with a light and fluffy texture.

It all starts with a simple crust of flour and butter baked in a large pan until golden. Once cooled, the crust is layered with sweetened cream cheese, rich chocolate pudding, and cool whip topping. It’s so simple, yet so good. My husband requests this multiply times a year on different occasions so that means we get to enjoy it too! 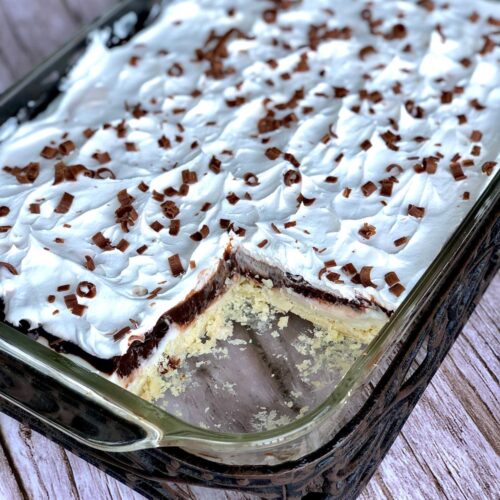 My mom made heavenly dessert two ways – One with chocolate pudding and another with pistachio pudding. Both were delicious! Follow steps above, just swap out the pudding flavor and use pistachio nuts instead of pecans in the crust.    Nutritional facts do not include nuts. Facts include 1 slice.
Nutritional information is provided as a courtesy only and should be understood as an estimate rather than a guarantee. The Menu Maid makes no guarantees to the accuracy of this information.
Keyword Buttery crust, chocolate, Chocolate pudding, Cool whip, Cream cheese, dessert, Heavenly dessert, Whip cream 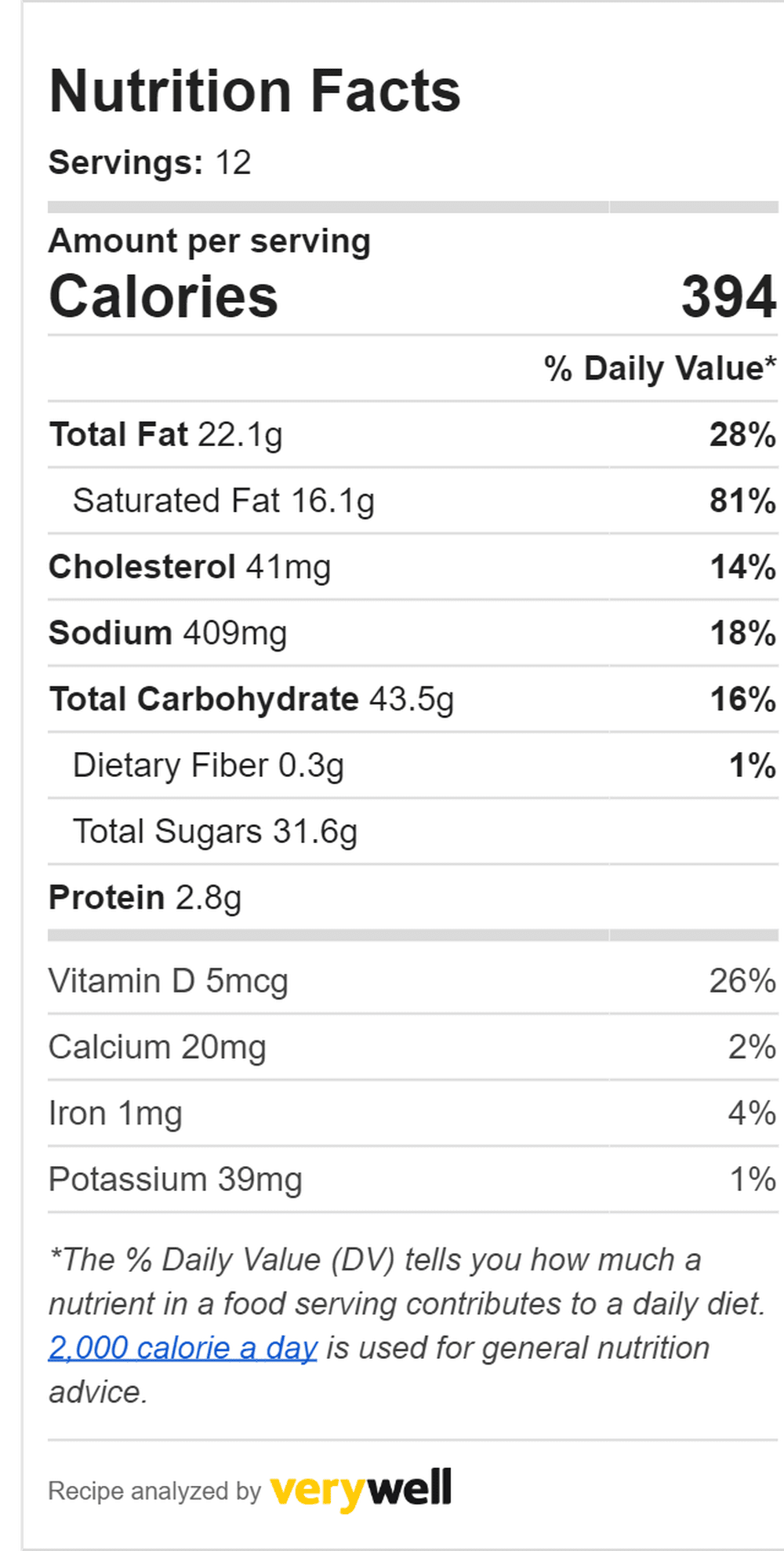 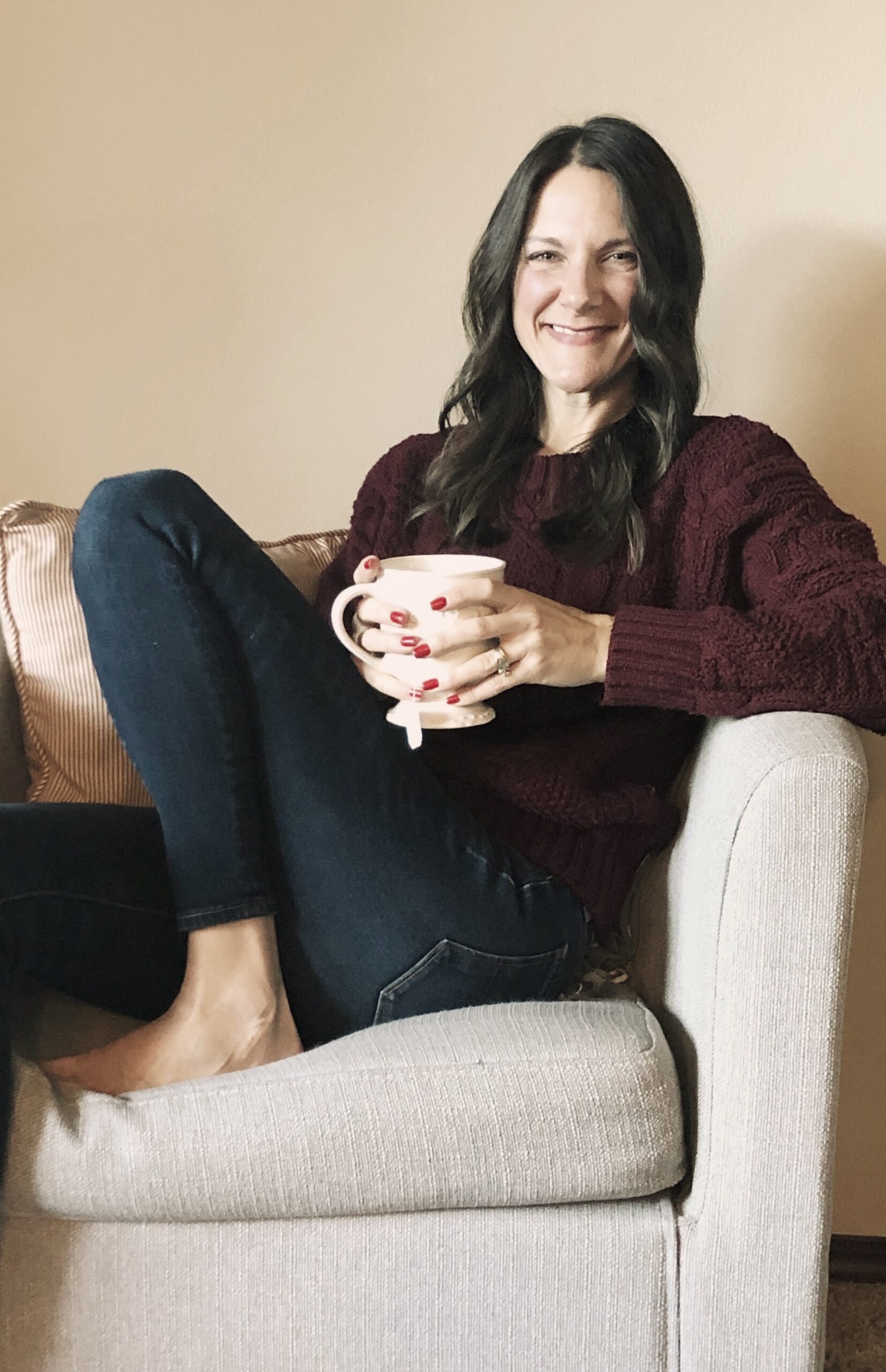 Hi, I’m Ang. So glad you stopped by! The Menu Maid is a reflection of my love for planning, cooking, and serving my family. The kitchen is the heart of our home, where we explore, create, taste, and break bread together. My recipes are easy, healthy, and delicious, with a few treats along the way. It’s about balance, right? I hope you feel inspired and enjoy our recipes!

Searching is in progress

The Menu Maid is a participant in the Amazon Services LLC Associates Program, an affiliate advertising program designed to provide a means for sites to earn advertising fees by advertising and linking to amazon.com.